Condition of shirt – Excellent Size – Large Condition details – Superb material look and feel, Adidas logo, sponsor and printing are great Made by – Adidas Player issue features – Correct player flock print professionally heat pressed, smaller size club logo to meet UEFA regulations, raised embossed Adidas logo, made from 72% polyester and 28% triacetate, design not commercially available to this specification, given to a match official as a gift and comes from their own personal collection – a signed letter verifying this will be provided Notes – Extremely rare player shirt believed to have been issued for the UEFA Cup 3rd Round 2nd leg match against Sporting CP played at Stadion Lehen on the 7th December 1993. Salzburg had lost the 1st leg 2-0 in Lisbon and had a mountain to climb if they were to progress to the Quarter Finals. Somehow they did it though and in the most dramatic fashion. The scoreline was 0-0 at half-time but Lainer broke the deadlock just after half-time to give the home fans hope. The side left it so late to level up the tie though with Hütter smashing home an emphatic 25 yard effort to send the game to extra-time where somehow the 10 men of Salzburg managed to run out 3-0 winners with Amerhauser getting the decisive goal. A #20 was not assigned for this game. Otto Baric’s men went on to make it all the way to the Final of the competition before narrowly losing out to Inter Milan 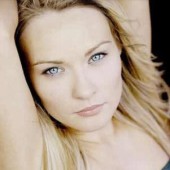